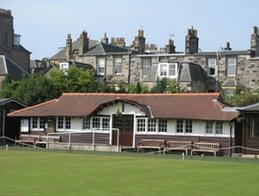 Craigmillar Park Bowling Club is  long established  and located in the Newington area of South Edinburgh. New members are always welcome. As bowling is all about having fun, our only age qualification is that you be young at heart 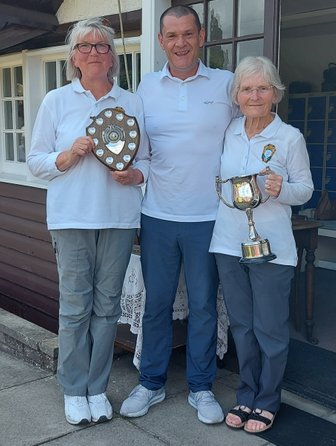 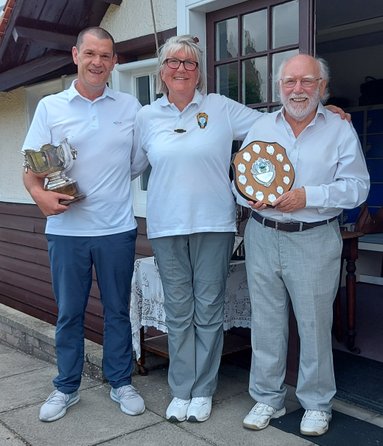 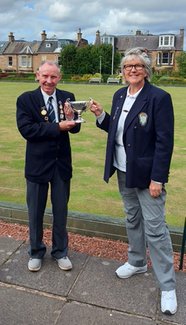 We had a lovely day on Saturday 2nd July, playing our annual friendly match against Dunfermline Bowling Club . It was the first time since Covid stopped the game taking place, which has been a fixture for over 70 years.
A lovely meal was provided by Walter and his wife Anne. All the raffle prizes were won by Craigmillar bowlers! However pictured is Christine Simpson presenting the trophy to Darren Henderson for Dunfermline bowlers who won the match by one point! 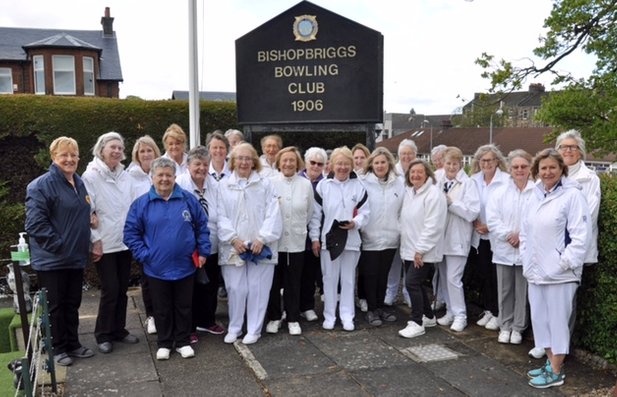 The Edinburgh Ladies team at Bishopbriggs

Ruth Adinall and Christine Simpson were on the Edinburgh Ladies team that went to Bishopbriggs Bowling Club for the annual friendly match. It was a fantastic day, lots of great company, lovely food and good bowling. There were 6 full rinks and Edinburgh had the highest overall score. It has been an annual fixture since 1948, with only the 2 years out for Covid, so next year, the 75th Anniversary should be a really special day.

Opening day this year was great. Very well attended by regular members and lovely to see old and new faces.The green was opened with the Silver Jack by Anna Fowlie. Our first day match was the President's teams v the Vice-President's teams.

The winners were Derick Scott, Tom Lenagan, Anna Fowlie on the Vice-President's team. 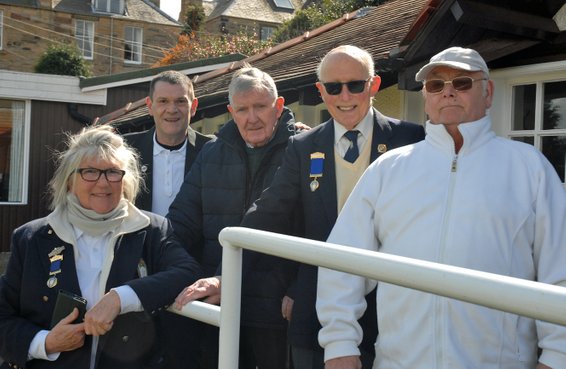 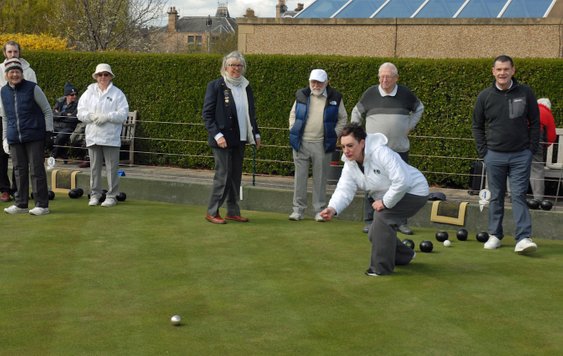 Presidents past, present and future!

Anna Fowlie opening the green with the Silver Jack.

Go to the Gallery to view all photographs.

It was lovely to have the presentations in the Clubhouse this year - we just about managed to play on a damp cloudy day, the Treasurers team won the hat game. 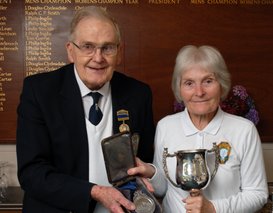 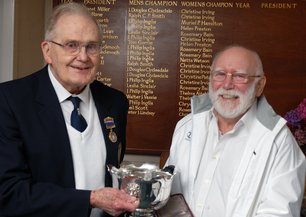 The weather looked very unpromising to start with, but by 2pm the sun had come out and it was a lovely afternoon. A good number of spectators gathered to see Tam Motion and Tom Lenagan compete for the Mens Championship, with the President Derick Scott as marker, and Ann Henderson play Sally Vick for the ladies, marked by the Vice President Christine Simpson.

The men's match was a very closely fought contest throughout with the scores almost even for most of the game. At the last end in a nail biting finishwith the score standing at 20 all, Tom Lenagan won by 1 shot. In the case of the ladies, Sally pulled right ahead early on, but Ann fought back well and the final score was 22-13.

Both matches were excellent to watch and many congratulations to all of the contestants. The game was followed by tea and cake outside with the spectators included. 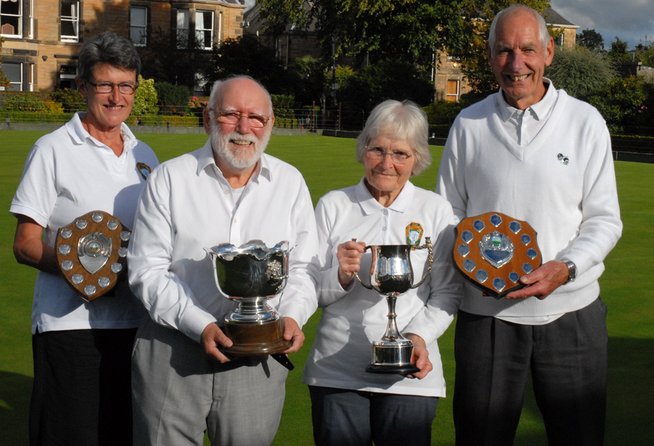 Go to the Gallery to view all photographs.

It has been a particularly good season weather wise, and the green has been looking extremely good for the latter part of the season (unlike last year!).The anti fox fence has turned out to be an excellent investment. 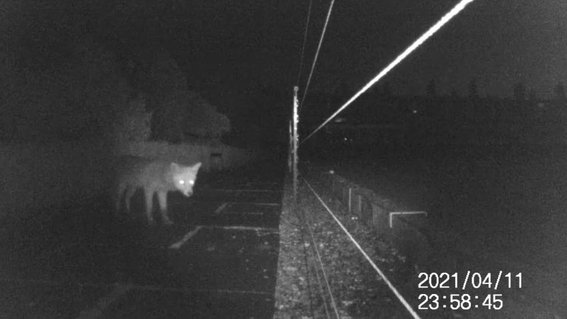